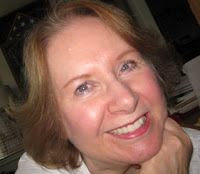 I first met Alice Trego (photo right) through Women Writing the West, an organization of women and men whose writing interest primarily focuses on the American West, both contemporary and historical. The first lap of Alice's writing career had been in newspaper journalism. But, when her attention turned toward writing book-length fiction and nonfiction, she volunteered to work various positions in writing organizations to learn the ropes. Alice "retired" her many volunteer positions in 2011, dusted her manuscripts and is in the process of polishing them for publication.

So without further delay, I introduce Alice Trego who will tell us how:

“He leaned casually against the cabin’s door frame. As he puffed on his cigar, he admired the way the girl had stolen into his corral and galloped away on one of his best mares. Once she cleared the fence rail, she looked back to make sure he hadn’t followed, causing his counterfeit smile to materialize on his pocked face. He knew they’d meet again.” (© Alice Trego)

The above passage in my work-in-progress came as the result of a quiet scrutiny I had from a window seat in the middle of an airplane. I took note of people around me, but a man’s strange appearance a few rows ahead grabbed my attention. Most of all, he intrigued me with his quirky mannerisms.

I found myself drawn to him as a possible character profile for one of my stories. My sense of observation that harkened back to my days as a journalist kicked in immediately. I brought out my trusty notebook from my carry-on bag, and began to document his appearance and his actions. From the details I was penning, I could readily envision him as one of my story villains.

His brown, greasy, shoulder-length hair streaked with gray had an unruly appearance that gave him a look of having naturally wavy hair. When the tall man with the bony torso rose to go to the lavatory, I glimpsed an extraordinary strength in his swagger. I noticed cataract-clouded blue eyes that watched me as I watched him retake his seat. He had a prominent hooked nose, and he wore a sullenness on his countenance that perhaps he had carried with him all his adult life.

Shortly after my close encounter on the plane, I spotted a photo of a popular person in a magazine. Right away I knew that this person fit the profile I discovered on that flight. That’s when I knew I had a fully-developed, three-dimensional reprobate for my story.

On another occasion, I had the opportunity to converse with a young man and an older man, albeit a little secretive.

While waiting at the checkout counter at the grocery store, I noticed the older skinny-legged man carrying two packages of strawberries under one arm and a small backpack in the other. He appeared somewhat in a fidgety state, no doubt in a hurry to check out. 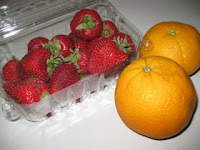 The young man with two nutrition bars and an orange stepped up behind me. As the line   in front of me moved, the man with the strawberries hurriedly secured his place as the next customer to check out. He kept looking around as if he had secrets to hide.

Meanwhile, I looked at my full-to-overflowing basket of fruits and vegetables and decided to let the young man with the two nutrition bars and the orange take my place in line.
I spoke up. “You can go ahead of me.”
“Well, thank you very much. Are you sure?”
“Positive. I can tell you’re just dying to eat that orange so you may as well check out first.”
“Yes, I am. I’ve been picking at it a little, actually.” His smile was infectious and I returned a smile.

All of a sudden, the man with the strawberries directed his eyes at me and said with a slight accent, “Would you hold my place in line? I forgot something and will be right back.”

While I gave a quick response of, “Sure,” he had already stacked his two packages of strawberries off to the side, placed his sunglasses on his nose and walked out of the store.

He took a long time to cross the parking lot and then “disappeared” behind a large SUV. All sorts of scenarios went through my mind -- did he come into the store and “pretend” to make a purchase? Was he a vagrant who decided he’d better leave because of all the people now around him? Will he come back and pay for his strawberries?

By my observations, this chance meeting, including the dialogue, could be fodder for one of my stories. I made sure I memorized that informal exchange so I could write it down when I returned home and place that bit of dialogue in my notes. I have yet to decide if these two men will fit in as villains or secondary characters in one, or more, of my stories.

Nonetheless, whether there are silent observances or short conversations with strangers, I believe slices of life that occur in a writer’s world could very well become references to slivers of fiction. 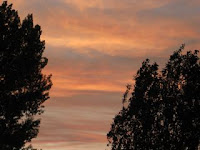 Thank you, Alice. I'll probably never again eat an orange without thinking of my characters! I can imagine you sitting in your photo of a Utah sunset (right) contemplating your next line of dialogue.


The dictionary says that to explore is "to travel for discovery, to or in a place, in order to discover what it is like or what is there."

Adventure here with me for a while and let's explore the universe of our minds in the hope of discovering our secret selves, who we are when no one is around.

Novelist George Elliot said, "It's never too late to be who we might have been." I love the thought. If you do too, visit often and share your thoughts.