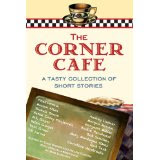 It is a privilege to have as my guest today, S.B. (Susan) Lerner. I met Susan through the online writing organization, Blog Book Tour Cafe. BBT recently published an e-book for Kindle titled The Corner Cafe: A Tasty Collection of Short Stories.

Susan and I have stories included in the collection along with about a dozen other writers. It has been an interesting undertaking to pull our works of short fiction together into a Collection that offers stories to a wide range of reader interests.

Susan grew up in and around NYC and has worked in law, business, and teaching, but all the while studied writing at night. After publishing her short stories in literary magazines, she assembled them into a collection, titled In the Middle of Almost and Other Stories.

A daughter of European immigrants, S.B. has read extensively about World War Two and the prewar period, both in fiction and non-fiction. Her first novel, A Suitable Husband, explores the political youth groups in prewar Poland, through the eyes of a young Jewish woman caught between the pressures of her traditional parents and those of her radical political group. It is available in print and the ebook version will soon be published by HEARTS DIARY.

Here's what Susan has to share today:
Life is a Story

I've been working on a novel for the past few years, but when a call for submissions to The Corner Cafe: A Tasty Collection of Short Stories went out, it gave me the impetus to return to my first fiction love: short stories.

Inspired by Anais Nin, I'd kept journals since high school. In the days before email I wrote long letters to distant boyfriends (in which we shared greater intimacies than we did in person). But I didn't begin writing short stories until I got a job in Manhattan, a city of writers that offered courses and workshops at top universities, a mere subway ride away.

At the time, I was single and working at a high pressure job as an attorney, finding it all a bit overwhelming and somewhat lonely─ despite the throngs of people I encountered daily. I was dating but not in a steady relationship, and had a great group of girlfriends in the same situation. We would meet for coffee and talk about our dates and the conversations were often more entertaining than the actual dates we dissected in minute detail. But it wasn’t until I began writing stories that I was able to explore the truths underlying those conversations. 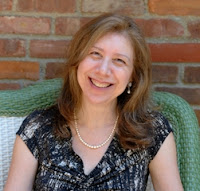 I wrote my first story in a fit of inspiration; the teacher loved it, and I was hooked. Not only because I can’t resist a compliment, but because the process of zeroing in on an emotional state and revealing it through a story was liberating. Often I didn’t even know what I was writing about until I finished. Even then, other people would see things in my stories that I hadn’t realized were there. It was all very heady.

I wrote because I loved to write—no dreams of fame or fortune. I was busy with work and my fellow classmates and workshop participants were audience enough for me. It was only when I decided to write a novel and thought I might want to actually get it published someday, that I realized that publishing the short stories would give me some credibility in the writing world. I doubted that my work as an attorney and businessperson would impress any of the literary types. If anything, it would turn them off.

It wasn't until after I was married, settled in the suburbs, and working part-time, that I began work on a novel. Initially I thought it would be like writing a longer version of a short story. It wasn’t until I got to around page 70 that I realized that a novel relies on plot, whereas a short story is an expression of a something more intangible—a feeling or a snapshot of a moment in time. They are very different genres, and though some scenes in my novel have the feeling of a short story, the novel itself evolved into a much more complex, plot-driven beast.

Assembling the stories, and memoir (which came from books I wrote about the lives of my parents, but that’s another story) into a collection and publishing it, was both fun and challenging. It was the impetus to launch a website and blog, which led to the blogging course run by Dani Greer, and then to the Corner Cafe Collection, and ultimately landed me here, on Karen's blog.

It has been fun getting to know her, here in cyberspace. The internet can be overwhelming, suck all your time, and be otherwise problematic. But there is a side to it that I like to think of as its “better angel” in that it gives people the chance to connect and form friendships who may never have otherwise found each other. I hope, through my novel and collection of short stories, it will connect me to you.

Be sure to visit S.B. Lerner at her website for more information about her and her books.

Posted by Karen Casey Fitzjerrell at 6:36 AM 16 comments:


The dictionary says that to explore is "to travel for discovery, to or in a place, in order to discover what it is like or what is there."

Adventure here with me for a while and let's explore the universe of our minds in the hope of discovering our secret selves, who we are when no one is around.

Novelist George Elliot said, "It's never too late to be who we might have been." I love the thought. If you do too, visit often and share your thoughts.